Hey there ladies and gents,
As you may be aware the G20 is this weekend here in my hometown of Toronto. I decided to post some pics I took earlier in the week to give you a peak of what its done to our city. 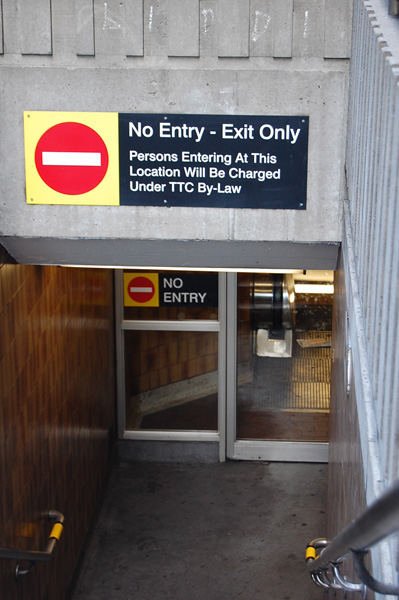 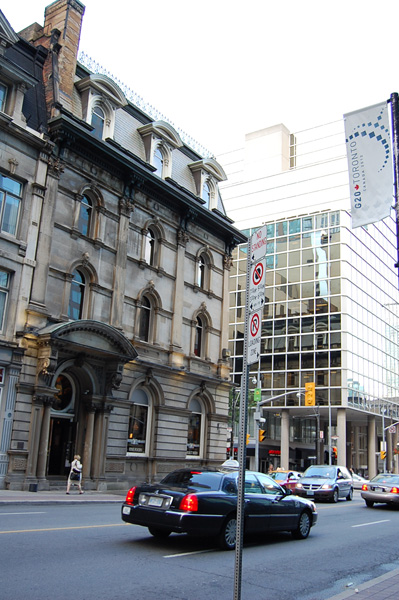 Now entering the financial district. Note the banner to the right. Not sure if it is a warning or ad... either way this is where they begin to divert traffic. 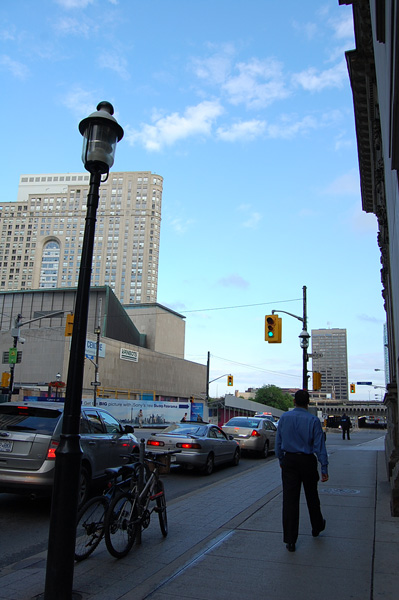 Usually a very busy intersection, sorry you can't quite see the cop cars blocking the intersection! 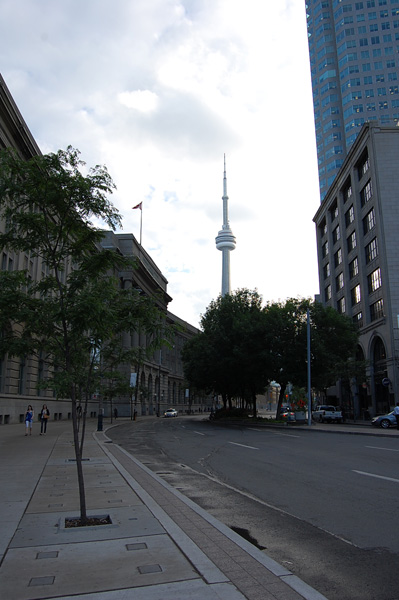 Union Station is eerily quite, now entering the fenced off zone. There was a crowd of cops behind me, but I felt they would yell at me if I photographed them. 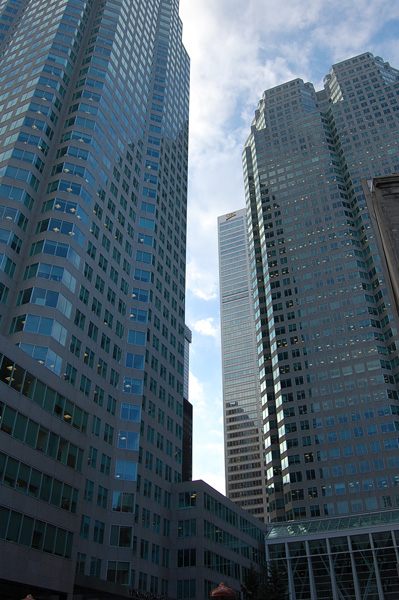 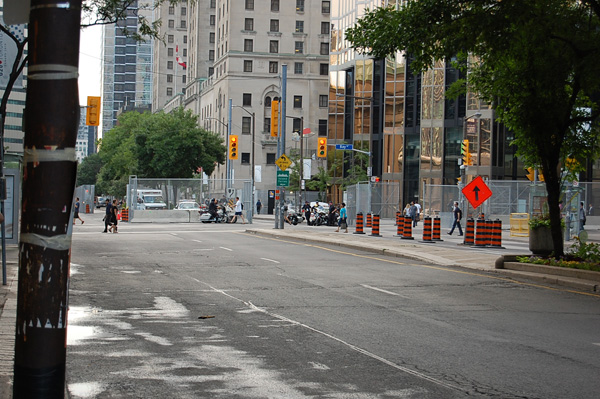 CLICK// This is one of the busiest streets in Toronto, it is where a huge majority of traffic and people filter through. This stretch is usually a sea of yellow taxis, business people, tourist and sketchy characters. It is very quite on this day except for police barking and sirens. 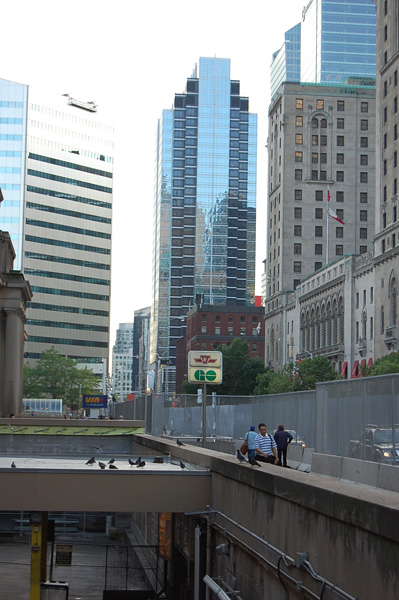 Union Station. The blockade sections off a huge area of downtown. The fences are very tall and set into heavy concrete. The sign indicates TTC (subway) and Go Train (railway) but there is limited service (if any) and high security presence. 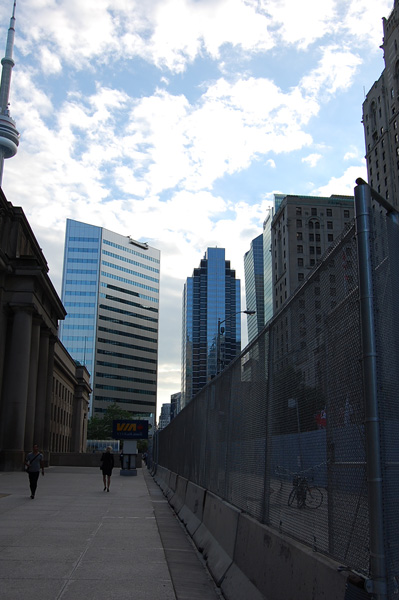 Union Station and the fence near Bay Street. 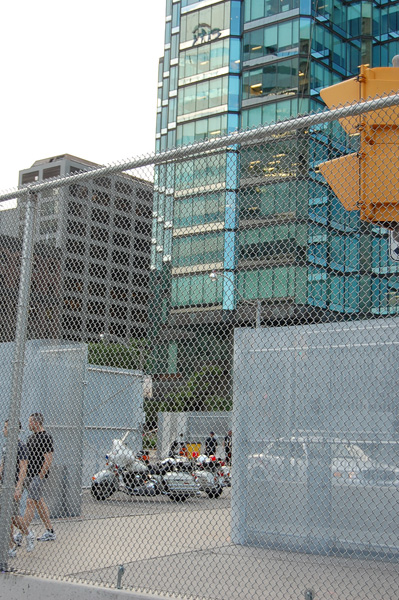 Police are at every intersection on motorcycles and in cars. They outnumber the pedestrians in most areas.

So this was earlier in the week when they were just beginning the security precautions, yet I did not feel comfortable shooting right at the police brigades. Sorry these do not capture their presence very well haha, but there was some pretty good moments. Several screeching processions went by, all flashing red lights, sirens and black-windowed limos. But my favourite was the cluster of about 30 or so officers huddled and strutting around a large cart covered in heavy-duty tarp and sheet metal. I was curious what this thing could be, but many of them kept looking in my direction with there arms crossed. But through a break in the blue and black swarm I could see they were pulling hotdogs and relish from the cart. Turns out it’s a armoured hotdog vendour. They thought of everything didn’t they? Money well spent…

I do believe something will go down today. I hope to capture some of it on film as I will be going down to Kensington Market to do some grocery shopping. If you live here, you know Kensington is the heart of the alternative scene in Toronto. It is colourful, a bit dirty, full of all sorts of interesting characters and absolutely beautiful. For the first time in 7 years they had been denied the permit for Pedestrian Sunday (a day that traffic is exclusively limited to bike and foot traffic) because of a huge fear that it will be a congregation point for an unrully mob. I certainly think (hope?) so.
There is also suppose to be a MASSIVE street party in the streets tonight, starting at the Village area and moving west toward the entertainment district. I hope to at least catch part of this…

If I don’t post for a while it is because I have been arrested. Wish me luck!